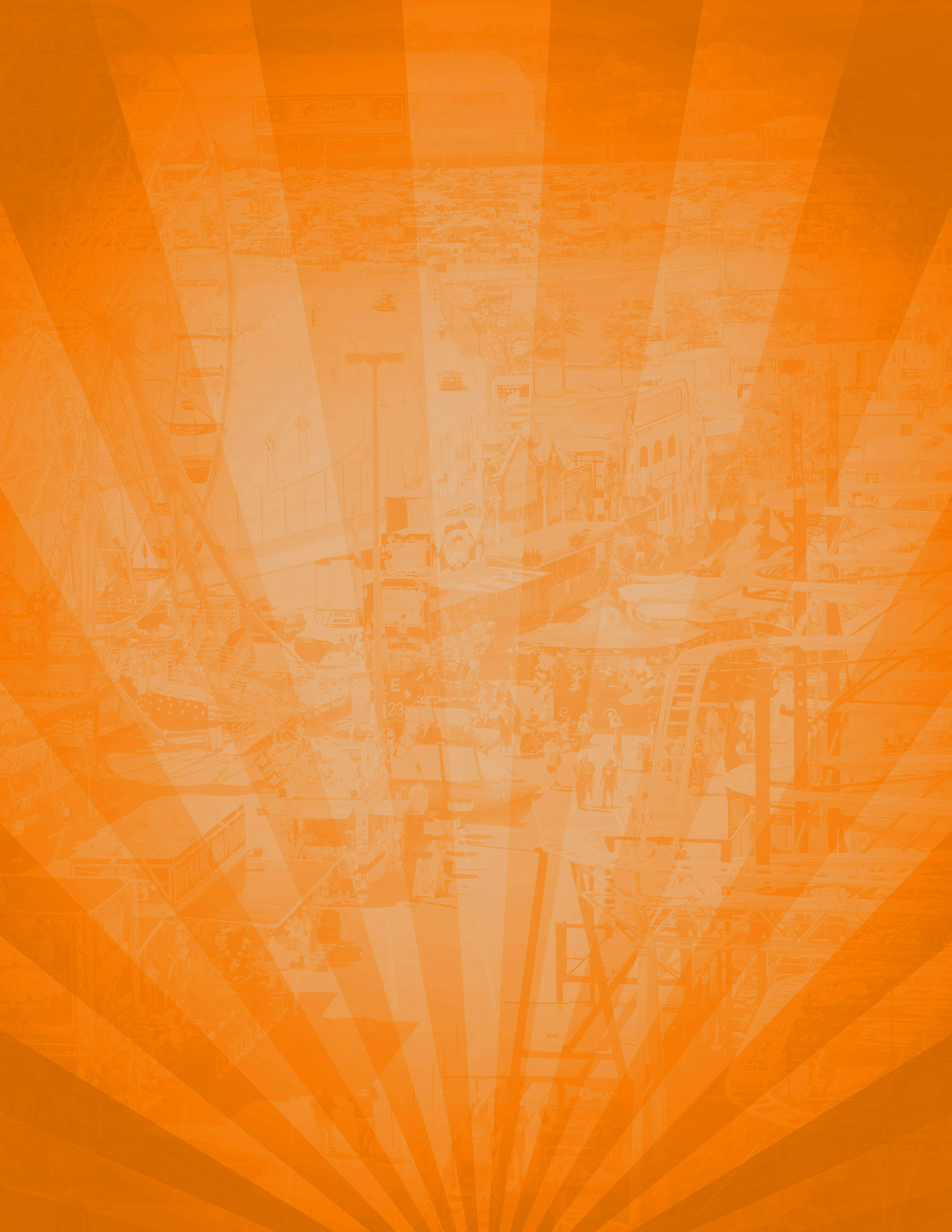 To see a preview video of the shows, navigate to the Home Page.

A Q&A with host of the Jurassic Kingdom Show, Miss Kala

This summer at State Fair Meadowlands, travel back in time to visit Miss Kala at the Jurassic Kingdom show and meet her “babies.” New to the fair this year, Jurassic Kingdom showcases fossils, dinosaur eggs, and several dinosaurs to teach audiences about these fascinating prehistoric animals that roamed the earth ages before humans got here. The show combines education and awe-inspiring fun to create an unforgettable experience. Miss Kala and her dinosaurs are super excited to perform and share their knowledge with you! I spoke with Miss Kala, the host of the show, about what we can expect from her dinosaurs, her favorite dinosaur fun facts, and how audience members can bring a piece of prehistoric history home with them.

Stop by Jurassic Kingdom June 20 through July 7and be sure to check online at njfair.com for the complete showtime schedule. Get ready to learn, have fun, and meet some new dinosaur friends!

What can we expect from your performing dinosaurs?

We bring out several dinosaurs, some semi-animatronic and others as puppets, to entertain the audience. In between dinosaur appearances, we show fossils and dinosaur eggs, some from our own dinos like Sarah the triceratops and a triceratops egg, so the audience can learn more about the time period. All of our dinos are high-spirited entertainers and they can’t wait to meet you!

It looks like you travel a lot to perform, how do the dinosaurs feel about traveling across the country?

The dinosaurs love to travel because that means – nap time! They travel pretty well, but we have to stop at rest stops frequently so they can stretch their legs.

What makes Jurassic Kingdom so unique compared to other puppet shows?

The dinosaurs are very realistic, so the show is more 3D than a traditional puppet show. We don’t confine the dinos to a stage, the big ones are semi-animatronic and free to walk around and interact with the audience. There’s lots of interaction between the dinosaurs and the audience and some of the dinos are so large they can reach over the fence for the kids to touch. We also bring out dinosaur eggs and fossils so the audience can learn more about the dinosaurs’ time period as well as the dinos themselves. Our goal is educating people, but also having fun!

Your dinosaurs seem to have lots of personality, what is it like working on hand with a shy dinosaur like Charlotte and then have young, high-spirited dinosaurs like Lucy and Sparky?

Charlotte is new to the show this year. She is a parasaurolophus, a two-legged herbivore, and she is very shy and timid. She likes to stretch her neck over the barrier so the kids can reach up and pet her. Lucy is a five-year old velociraptor and has more of a sassy attitude that always makes everyone laugh. Two-year old Sparky the tyrannosaurus rex is the last dinosaur we bring out for the show and he has the personality of a big puppy. He doesn’t always want to perform tricks though, so the crowd can get involved to help me tell Sparky to perform tricks like sitting up. At the end of the show, you might even see Sparky dance!

What’s your favorite dinosaur fun fact and favorite aspect of the show?

My favorite dinosaur fact is that the megalodon used to exist. The megalodon is a fascinating animal and knowing that such a big dinosaur used to live on the earth is amazing to think about. My favorite part of the show is interacting with the kids. Sometimes they know more dinosaur facts than I do!

Can members of the audience take home a piece of dinosaur history with them?

We don’t have merchandise like t-shirts, but we do have two opportunities after the show is over. For an extra charge, people can take a photo with Sparky the t-rex, go on a fossil dig and take three fossils home with them, or both! We also love answering any questions you may have about dinosaurs from the past or our dinosaurs in the present.

What about performing at State Fair Meadowlands are you most excited for?

I’ve actually never been to New Jersey before, so this is super exciting for me! I’m very excited to visit a new state and I’m even more excited for the audience at State Fair Meadowlands – I can’t wait!

The Power of Plaid: A Q&A With Lee LeCaptain,

This summer, experience the thrills and laughs of the great outdoors at The Paul Bunyan Lumberjack Show. One of the newest members of State Fair Meadowlands’ free entertainment lineup, this amazing show features world class lumberjacks who have showcased their axe and saw wielding skills around the world. And now these fun-loving fellas have made their way to East Rutherford, New Jersey to demonstrate their awe-inspiring talents for everybody. I spoke with performer and co-owner, Lee LeCaptain, to get the scoop on their show, what it takes to become a lumberjack, and even some recommendations on how to rock a good flannel.

You can catch the Paul Bunyan Lumberjack Show June 20 through July 7 and be sure to check online at njfair.com for the complete showtime schedule. For those wondering who like to dress the occasion, there is no need to fear! Wearing flannel shirts are encouraged, but not required to enjoy this exhilarating great outdoors exhibition.

From Australia, China, to countless US cities, your group has performed around the world. What is it that makes your show so appealing to worldwide audiences?

We reach the demographics of the average person. People that have worked hard and are used to labor-intensive work. They have the knowledge of the physicality that this brings into it. And then we have the slapstick humor that’s a lot of fun. Even if you don’t understand the language, the humor is there for them to see aloud.

With humor being such a vital part of your show, how is it you all are able to be funny while concentrating on what you’re doing?

When we’re doing a show, all of our equipment is put into a very safe position, so that it’s easy to handle and easy to use in the show. And the equipment that we’re wearing, the safety gear, that’s all on, and so when we do the actual job itself, it’s like a light switch flipping on from funny to serious.

Your group competes in professional competitions against many other lumberjack groups, so what separates your group from the competition?

There’s all types of competitor lumberjacks around the world, there’s probably close to worldwide, around 10 thousand competitors. We’ve been around longer than anybody now, our company has been around basically with different names since 1971 and we became the Paul Bunyan Lumberjack Show in 1988. The difference is the talent that we have. I was a professional competitor, my son’s a professional competitor, and you know all the top people that are there and the relationships that we have gotten throughout the years of all the top competitors. So first of all, they respect you, second of all, it’s like family – they know who we are and it’s a lot of fun joining, so when they come and work for us, it’s fun.

How do you all learn the skills needed to be a lumberjack and which ones do you enjoy doing the most?

It’s like a sport, like a person going to Little League or going to the collegiate level. They have college combines that they compete in.

When performing at places like Disney World and America’s Got Talent, how are you all able keep your focus while performing for millions of spectators?

Been doing shows for so long for so many people, you’re excited to do every single show. The larger the crowd, the more fun it is because there’s more people getting into it.

How would you describe The Paul Bunyan Show to anyone who is seeing it for the first time at State Fair Meadowlands?

It’s a very exciting, thrilling, humorous show that reaches the ages of 9-90 no problem whatsoever. People can relate to it. It’s slapstick humor, dad jokes, really well-written humor that’s in it. We’re professional entertainers, not just lumberjacks that just get up and chop wood. You can look at it like when professional ice skaters compete, they’re competing, but when they go on holiday they become performers, and that’s kind of like what we are.

Any tips for picking out a good flannel shirt?

I like the Buffalo plaid, it’s kind of nice.

Thank you, Groupon, for recognizing State Fair Meadowlands as Best of Groupon!

Share on FacebookShare on TwitterShare on Linked InShare by Email